(🗓Available on opening days & hours of each museum)

Your Licensed Guide will travel you to the past through the collections of a wonderful museum. Make a choice 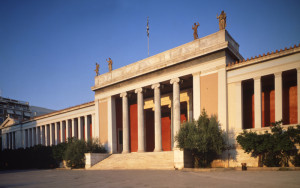 The National Archaeological Museum is closed on 25 - 26 December, 1 January, 25 March, Orthodox Easter Sunday and 1 May.

Entrance is free to all visitors on the following days:

. the last weekend of September (European Days of Cultural Heritage)

. the first Sunday of the month for the period between 1 November and 31 March

This group of collections comprises many distinct categories totalling more than 40,000 items, illustrating the character of the Greek world through a spectacular historical panorama: from antiquity and the age of Roman domination to the medieval Byzantine period; from the fall of Constantinople (1453) and the centuries of Frankish and Ottoman occupation to the outbreak of the struggle for independence in 1821; and from the formation of the modern state of Greece (1830) down to 1922, the year in which the Asia Minor disaster took place. 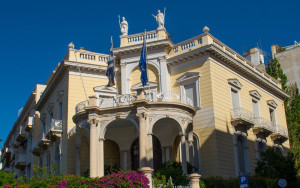 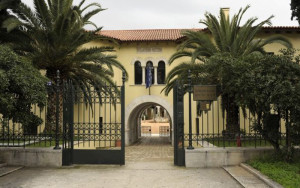 The history of the BCM begins before the statute that brought it into being in 1914, and is closely linked to the history of the Christian Archaeological Society (ChAE), which was founded in 1884.museums” which would serve as a “model Museum throughout the East”. Sotiriou organized the collections amassed by the Supervisory Committee in the preceding years and exhibited them to the public for the first time in 1924. It was though in 1930, the Museum moved into the premises that have remained its home to this day: the Villa Ilissia, a complex close to the banks of the Ilissos built by Stamatios Kleanthes for Sophie de Marbois-Lebrun, Duchess of Plaisance, in 1848.
The Museum was shut during the World War II and reopened to the public in 1946, when a new exhibition space was built.
The most significant change since began in the late 1980s when work commenced on extending the Museum with a view to re-exhibiting its collections. The re-exhibition of the Museum’s Early Christian and Byzantine collections was completed in 2004, and its post-Byzantine collections were completed in 2010.

As a result, the Byzantine and Christian Museum of the 21st century is arranged around an entirely updated concept which chimes completely with the dictates of contemporary Museology.

In 1833, the Turkish garrison withdrew from the Acropolis. Immediately after the founding of the Greek State, discussions about the construction of an Acropolis Museum on the Hill of the Acropolis began. A small building was therefore built fr this purpose, which was used untill 2007.

The Acropolis Museum was firstly conceived by Constantinos Karamanlis in September 1976. He also selected the site, upon which the Museum was finally built, decades later. With his penetrating vision, C. Karamanlis defined the need and established the means for a new Museum equipped with all technical facilities for the conservation of the invaluable Greek artifacts, where eventually the Parthenon sculptures will be reunited.

For these reasons, architectural competitions were conducted in 1976 and 1979, but without success. In 1989, Melina Mercouri, who as Minister of Culture inextricably identified her policies with the claim for the return of the Parthenon Marbles from the British Museum, initiated an international architectural competition. The results of this competition were annulled following the discovery of a large urban settlement on the Makriyianni site dating from Archaic to Early Christian Athens. This discovery now needed to be integrated into the New Museum that was to be built on this site.

In the year 2000, the Organization for the Construction of the New Acropolis Museum announced an invitation to a new tender, which was realized in accord with the Directives of the European Union. It is this Tender that has come to fruition with the awarding of the design tender to Bernard Tschumi with Michael Photiadis and their associates and the completion of construction in 2007.

Today, the new Acropolis Museum has a total area of 25,000 square meters, with exhibition space of over 14,000 square meters, ten times more than that of the old museum on the Hill of the Acropolis. The new Museum offers all the amenities expected in an international museum of the 21st century.

Hours and ticketing for your visit at the Acropolis Museum

Τhe Shops and the Café & Restaurant operate during Museum opening hours. Every Friday the Restaurant on the second floor operates until 12 midnight.

Tickets are available for sale either at the Museum’s Ticket Desk or via its e-ticketing service.

the ground floor Shop and Café, the purchase of a ticket is not required.

to the second floor Shop and Restaurant, a free admission ticket is required from the Ticket Desk.

View all posts by: